It’s difficult to determine actual population densities in the Priority Places charts in the MBTA Focus 40 document. I prepared the graphics below which show the actual density numbers by census tract. These are computed from data layers downloaded from MassGIS into Cartographica. Click to zoom! 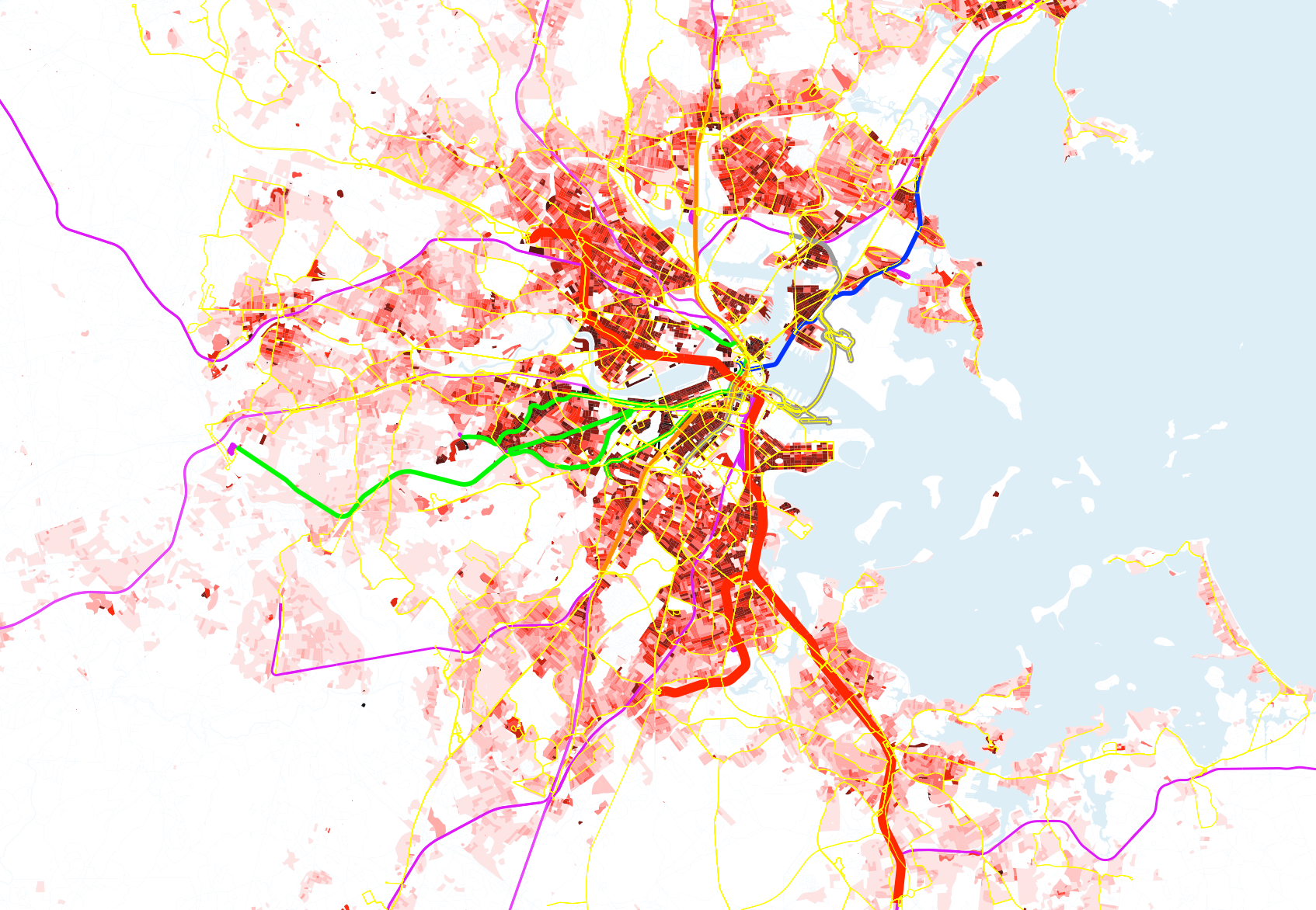 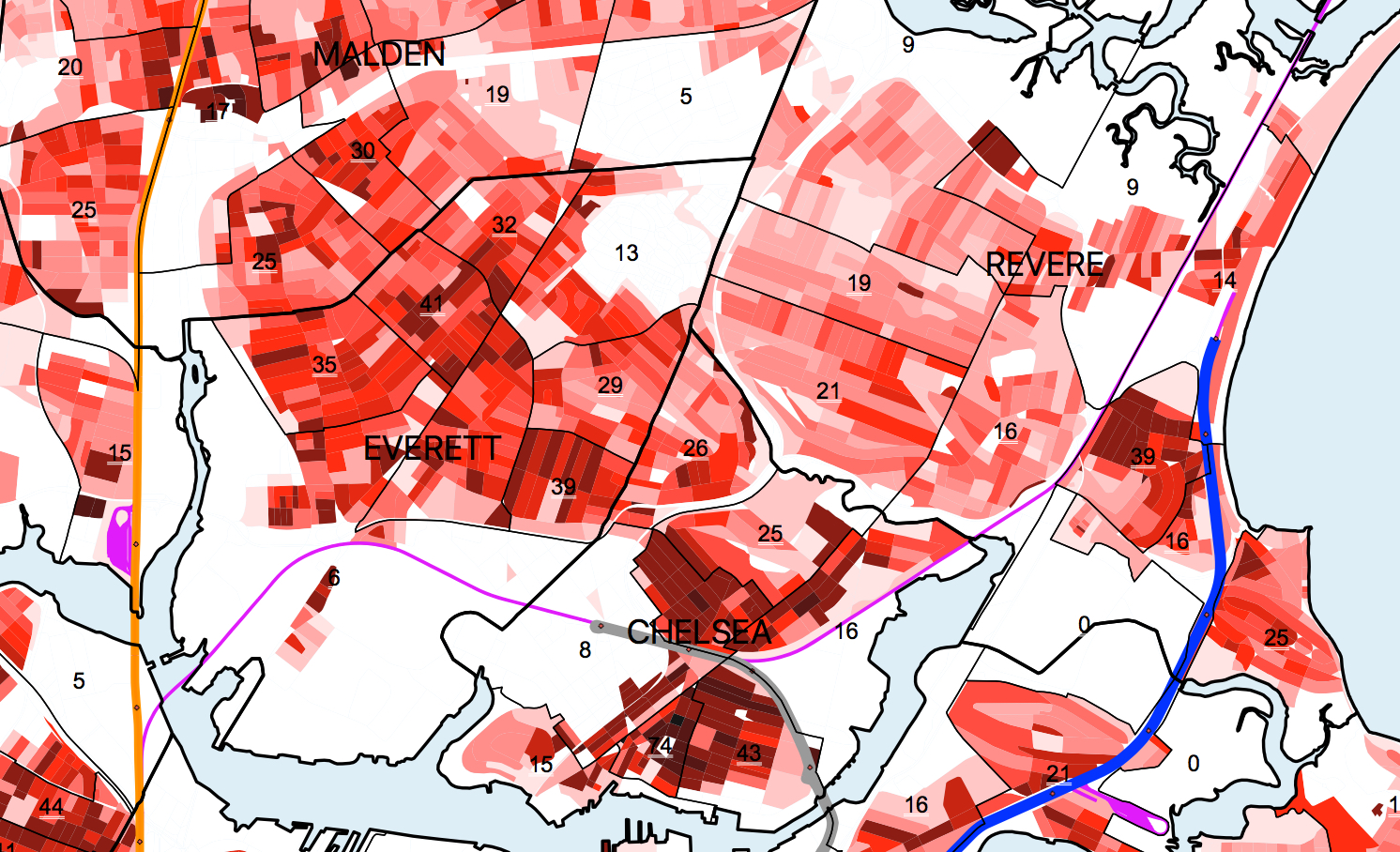 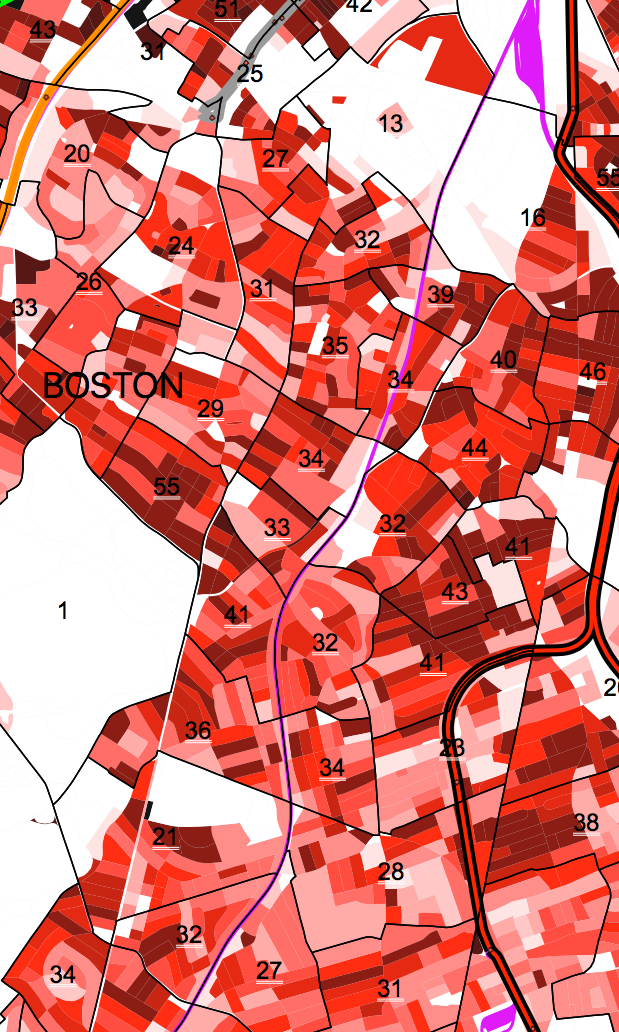 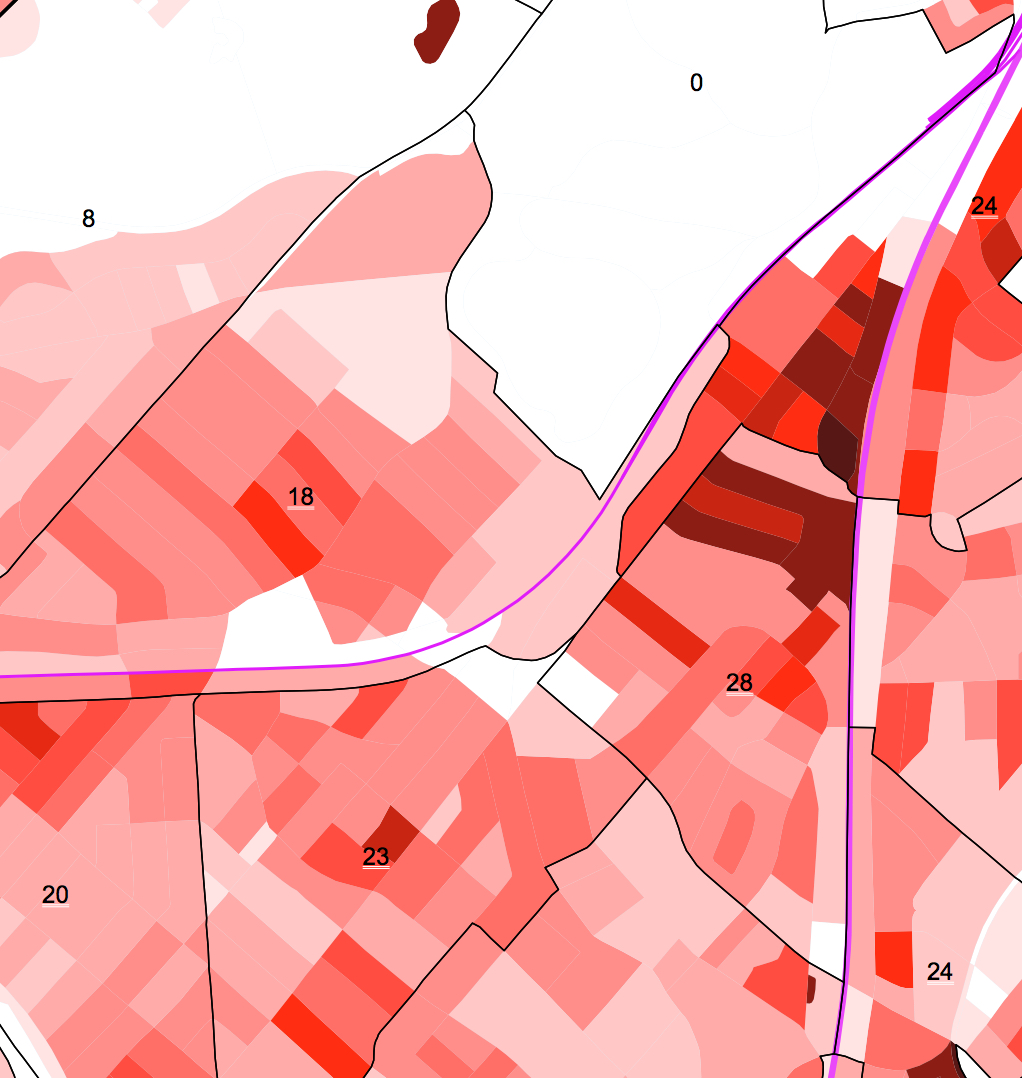 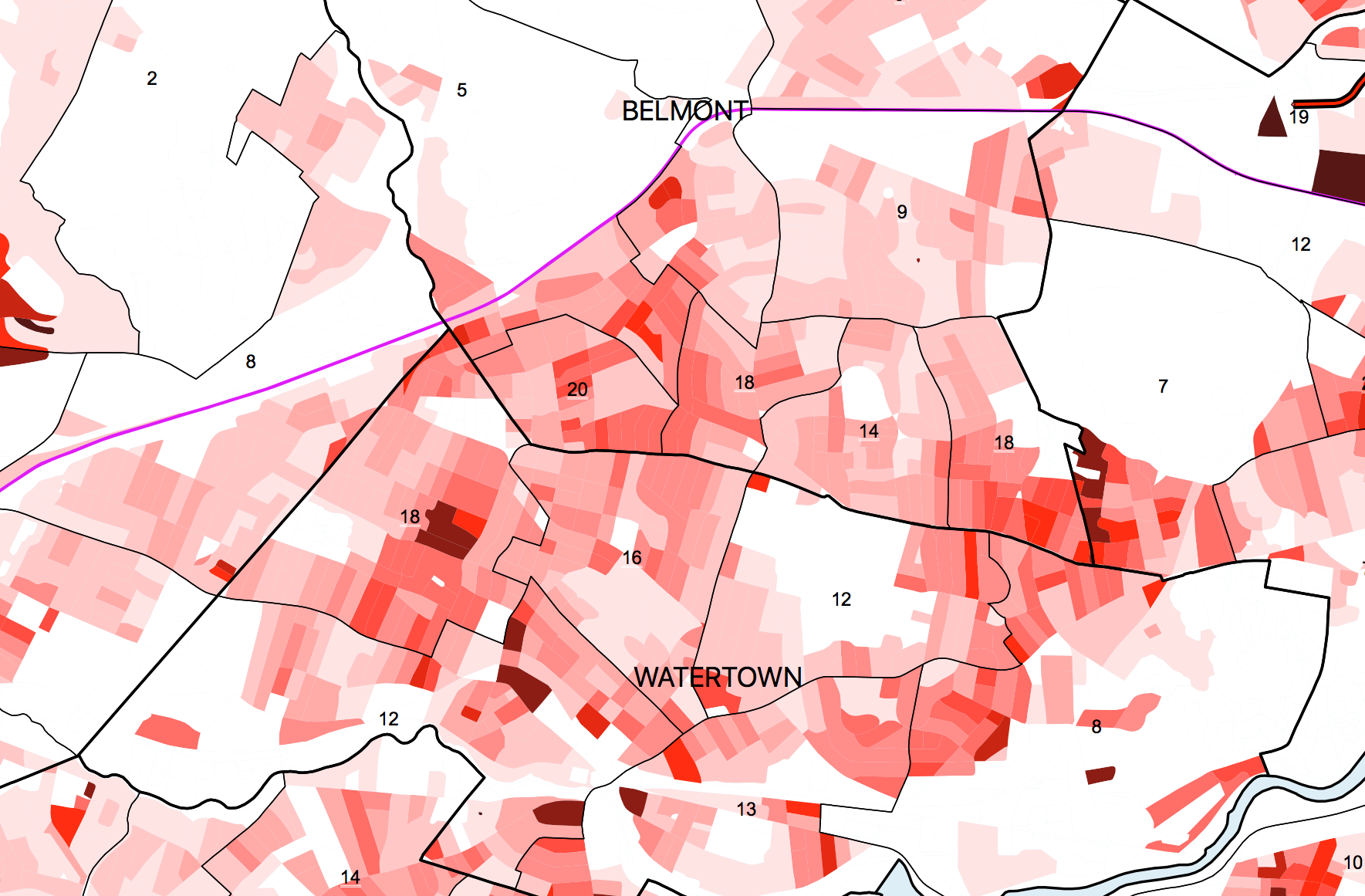 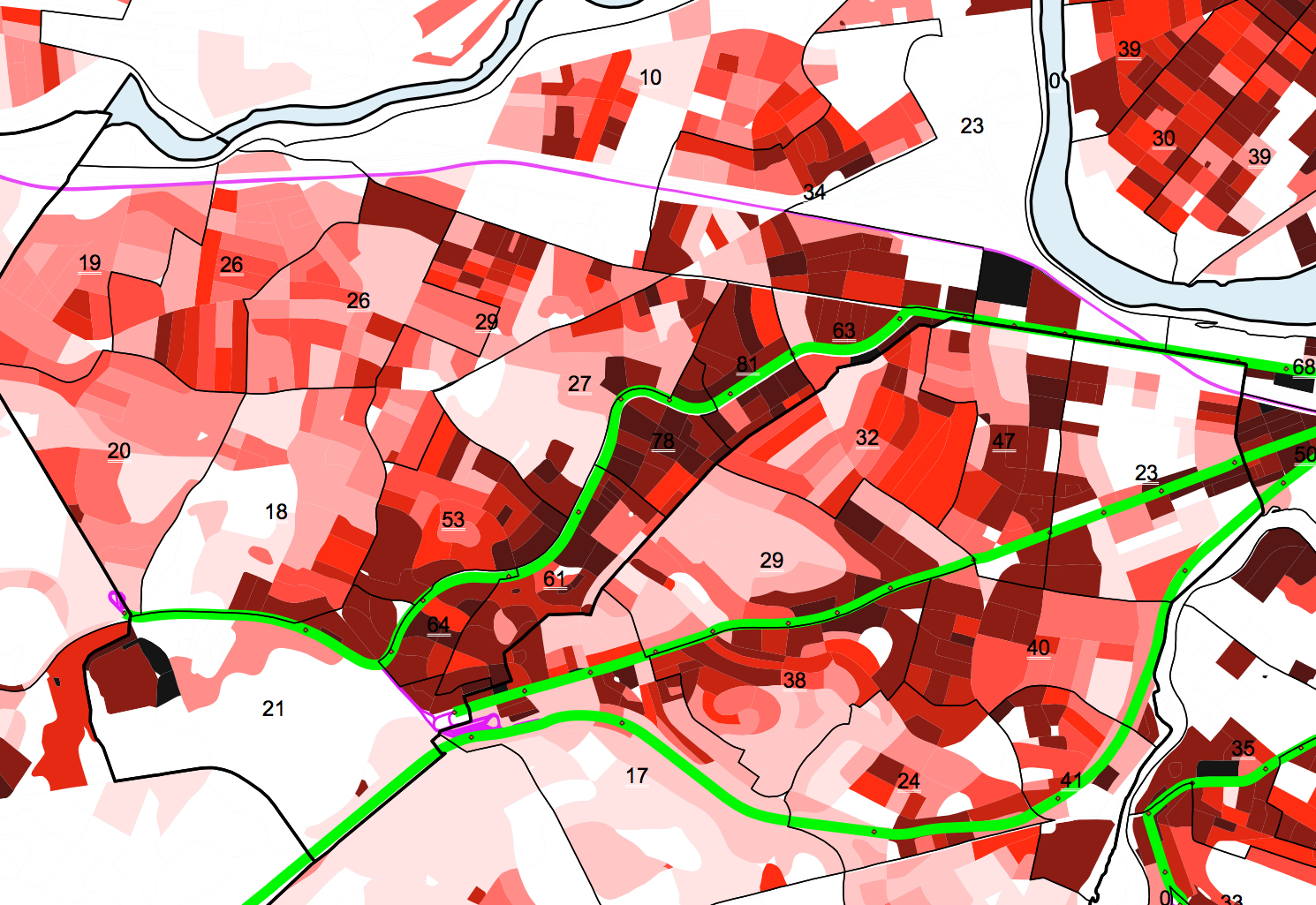 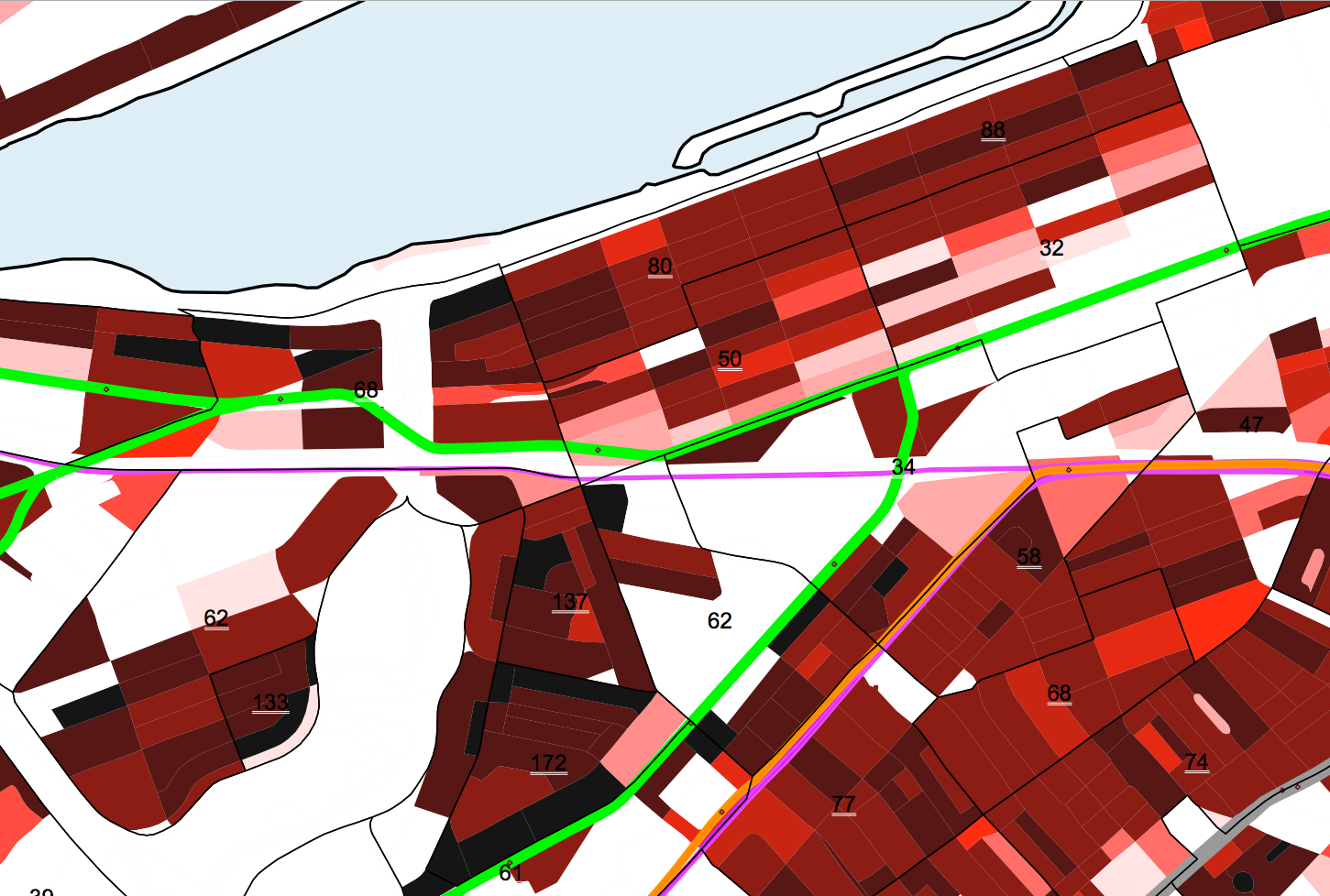 The 20 foot contour line is a level that is likely safe from sea-level rise flooding over this century. Currently, the Blue Line is most vulnerable, but the Red Line will become vulnerable later in the century — both at Alewife, which is low lying, and perhaps along the coast. The transit lines are colored as they usually are. The bus lines are in yellow. The 20 foot contour is the black line. 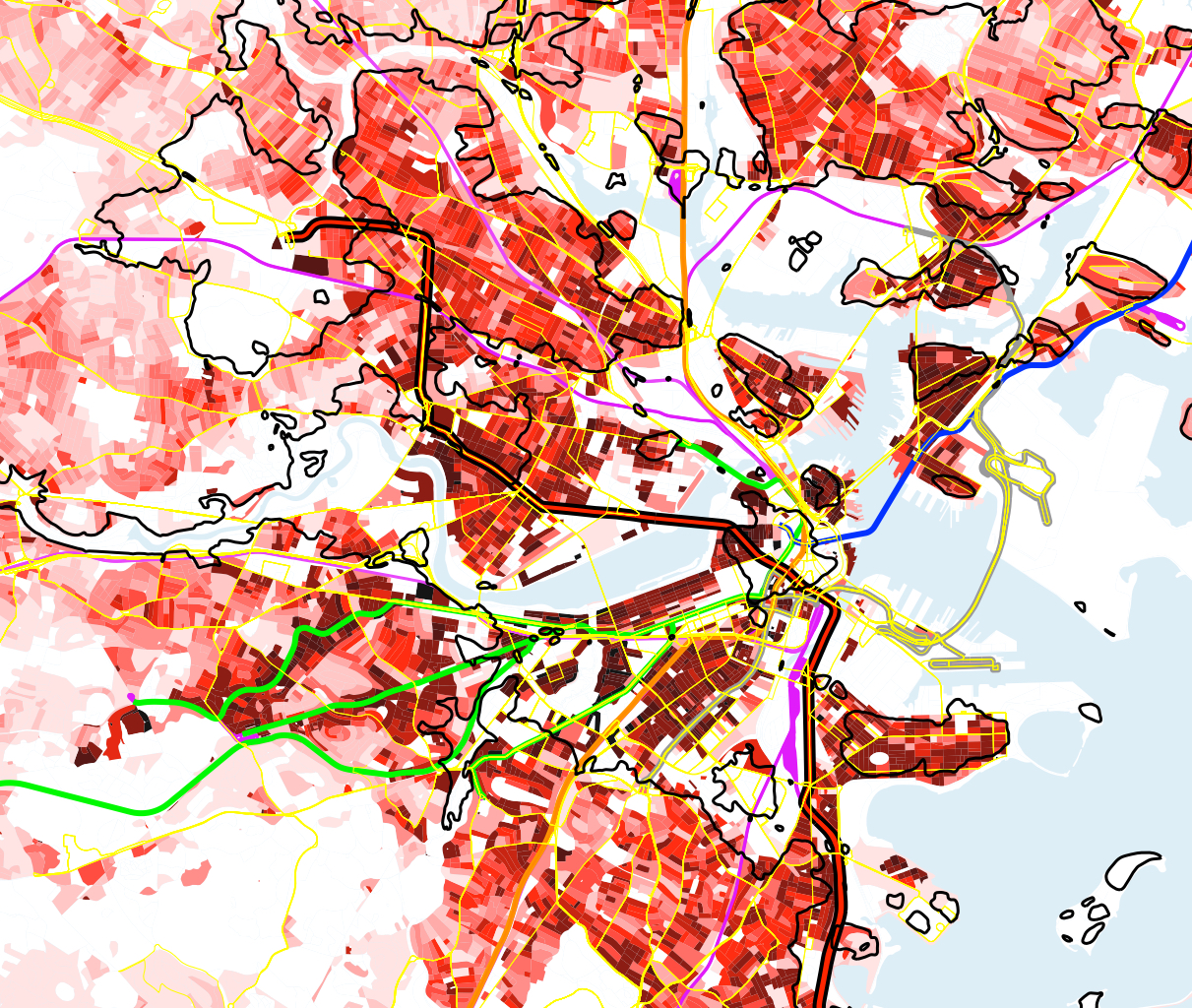 The data in the images above is from the 2010 Decennial Census. Aaron Dushku, former City Councilor in Watertown, assembled data from the 2017 American Community Survey — a more recent census product. He produced the images below. My own read of these images is that they are roughly consistent with the 2010 images in defining highly dense places. Much of the growth over the past few years has occurred in areas of already existing high density.

Comments and explanation from Aaron

The categories are grouped and colored in five quantiles (any set of values of a variate that divide a frequency distribution into equal groups, each containing the same fraction of the total population) considering all of Massachusetts -there’s no magic behind that. So, looking at the red areas alone, we can instantly see density in Watertown and Belmont that is worth comparing to Medford, Revere, Waltham and Newton. If those dense places don’t already have rapid transit, they’re planning it. Then, when you add in the bus network of the second map, there is a conspicuous dearth of any transit lines in the sizable patch of red in these two towns of the Second Suffolk and Middlesex District that is larger than anywhere else in the metro area. Thank God for the 73 and pay close attention to Gordy’s good comment below!

It is also worth noting that we know the big cyan-colored blotch in East Watertown is almost identical in shape to the RMUD (Regional Mixed Use Development) zoning district which will soon change colors thanks to the Arsenal Yards construction underway there (900 housing units!) -as will the light green one in West Watertown where several dense housing developments have been built since the 2010 census and two more are permitted and under construction presently. To this already-red blotch will also soon arrive 112 new residential units of ‘The Bradford’ currently under construction in Cushing Square. We have a very good justification for classifying this part of the region as a ‘Priority Place’.

Thank you for sharing this with your constituents. Still time to send in Focus40 comments, folks! -Aaron D. 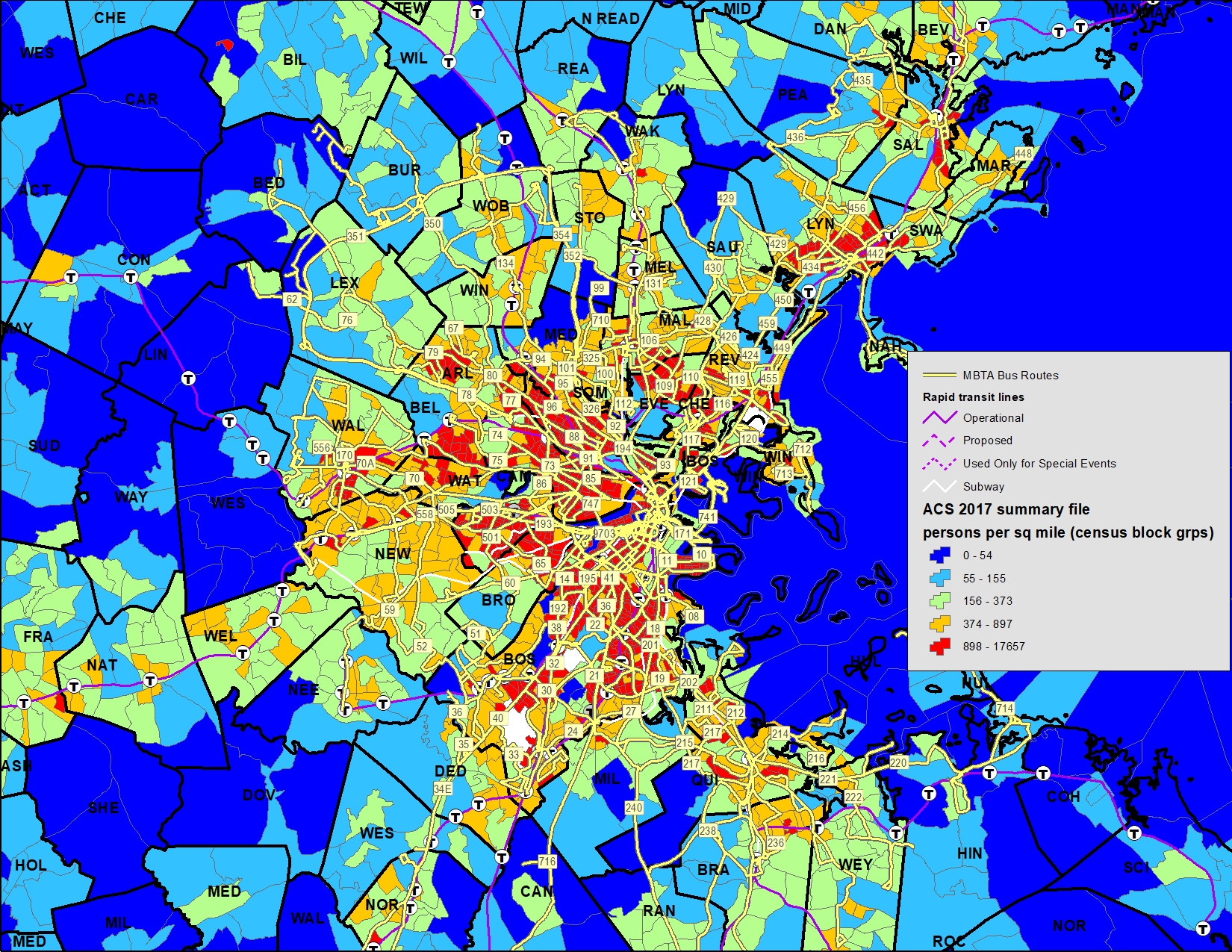 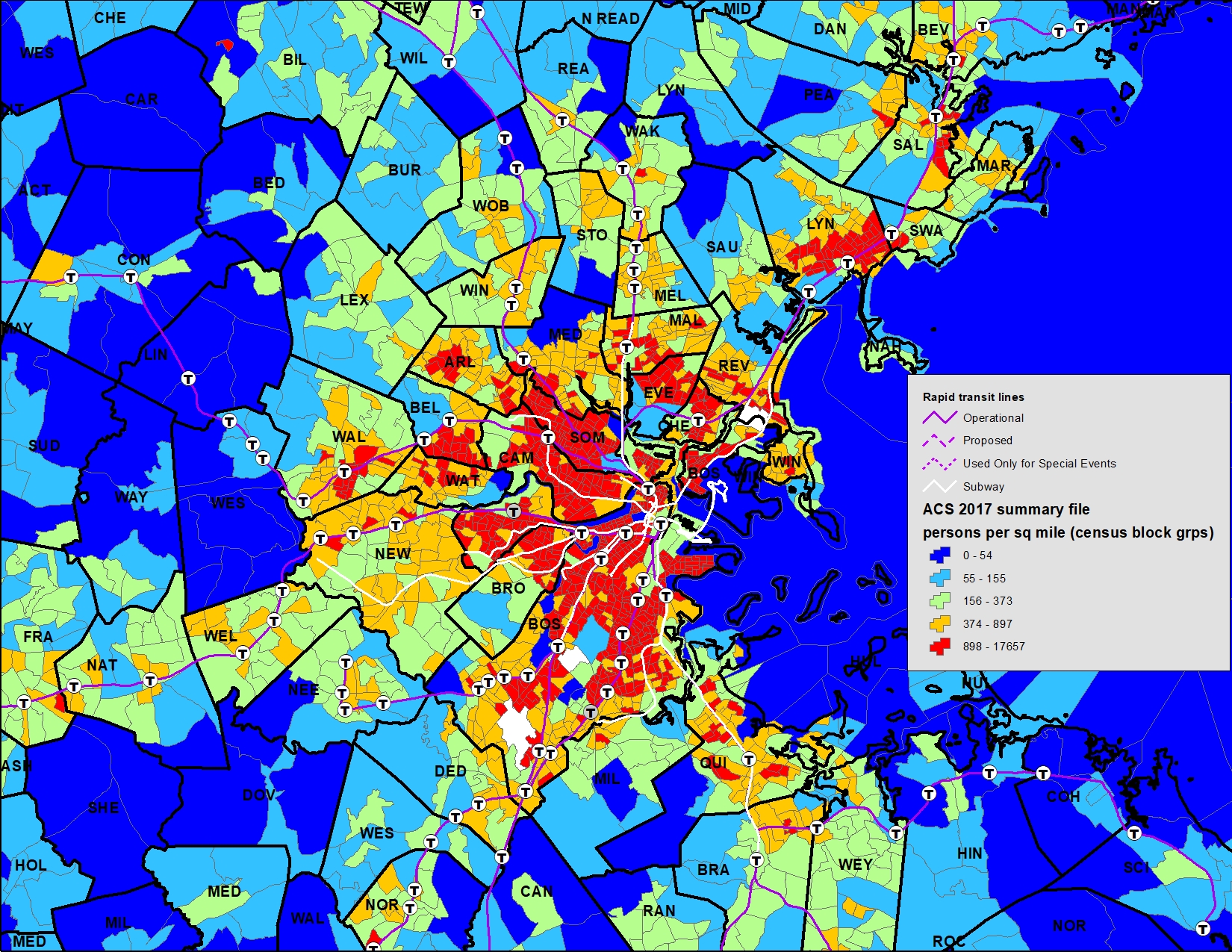