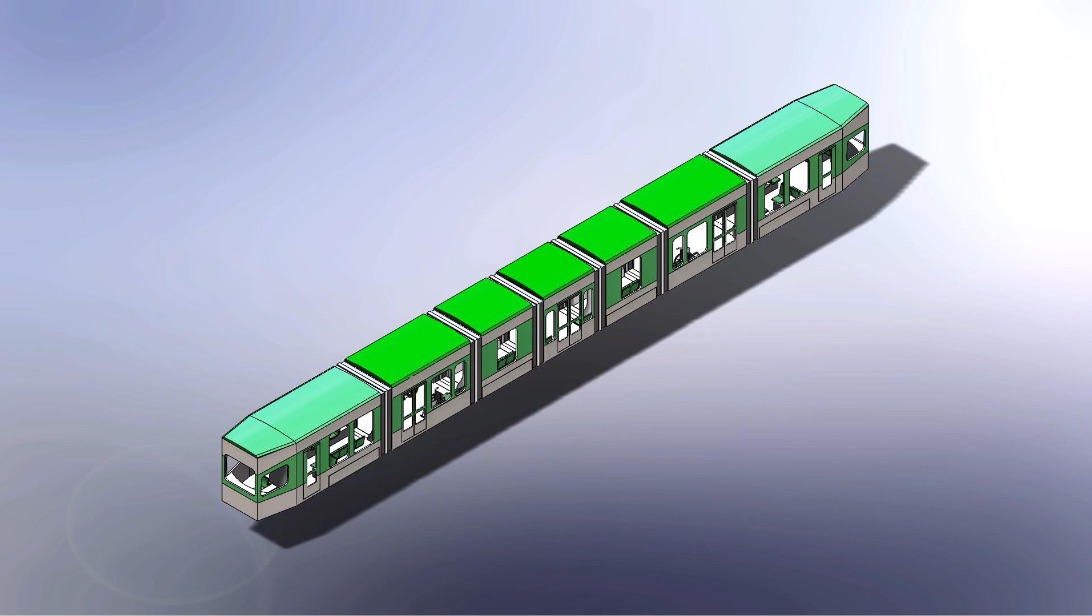 MBTA engineers have developed a transformational vision for the Green Line.  Even more exciting, they have set in motion a convincing program for attaining that vision.

The central idea is to migrate towards a new vehicle, the “Type 10”.  The type 10 will be 50% longer (112 feet as opposed to 74) and have room for twice as many people.  The existing green line vehicles lose a lot of internal space due to the antiquated through-axle design of their under-carriage.  The “Type 10” vehicles will be 100% low-floor-accessible and free up essentially the whole floor plan of the car for seats and standing area.

For many years, there has been on-and-off-again discussion of going from two to three car trains with the existing vehicle types, which would offer a 50% capacity increase. In the new study, engineers considered a number of possible vehicle configurations and concluded that longer, higher-capacity vehicles offer the greatest and most cost-effective capacity expansion.

Once a transition to the new vehicles is complete, the line could carry roughly the same number of two-car trains but with twice as many people on each train.  Any rider of the Green Line can tell you that the existing cars are often too full to take all the waiting passengers and it appears that many potential riders have simply given up on the experience.  The Core Capacity study indicated that demand will only continue to grow.  The possible doubling of capacity can be ramped up in stages as demand growth is confirmed.

The T’s engineers have carefully vetted the new vision – they have laser-measured the tunnels to determine exactly where the larger vehicles might be too big to fit.  They have also analyzed the new power and structural requirements for the new vehicles.

They have created an inventory of barriers to  the new vehicles — ancient power cables, aging tracks, tight turns, short stations, short maintenance hoists, etc.  The engineers have shown that so much of the system needs repair or replacement anyway that making the changes needed for the new vehicles adds little incremental cost.

The already-planned transition to a new fare system also facilitates the longer vehicles.   The automated system will not require passenger interaction with the front-positioned train operator, so all doors can open.

The T will be conducting a nationwide search to recruit a leader for the Green Line transformation and the T’s board has already approved a contract with an outside firm to provide capacity to manage all green line projects so that they support the new vision.

Over the next five years, riders will see incremental speed improvements from stop consolidation (already planned in front of BU on the B line), the new fare collection system (which will reduce dwell times), transit signal priority (which is rolling out along Comm Ave and Beacon Street).  Additionally, the ongoing replacement of track, signal and power components will contribute to reduced breakdowns.

Capacity will begin to increase in 8 to 10 years when the new larger Type 10 cars begin to arrive.  The full build to a completely new fleet and doubled capacity could take a total of 15 to 20 years.  Capacity will increase most rapidly on the D and E lines where most of the stations are already long enough to support trains composed of two longer Type 10 vehicles.

The money is in place for the next 5 to 7 years.  The MBTA’s capital plan, which has been given  preliminary approval by its board, calls for spending $964 million on Green Line “state of good repair” projects that will finish or at least start over the next five years.

Now that a vetted long-term vision is in place, the political challenge will be to sustain it through changing administrations.  That should be the mission of all of us who represent Green Line users.

34 replies on “Transforming the Green Line”