This issue was addressed in the conference report on the Extreme Risk Protective Order bill. The report goes back to my original proposal of treating stun guns as “firearms” for licensing purposes, in other words, they will require a license to carry.   I moved off this proposal because many regulations pertaining to firearms do not make sense as applied to stun guns.  The conferees chose instead to carve out exceptions to those regulations. 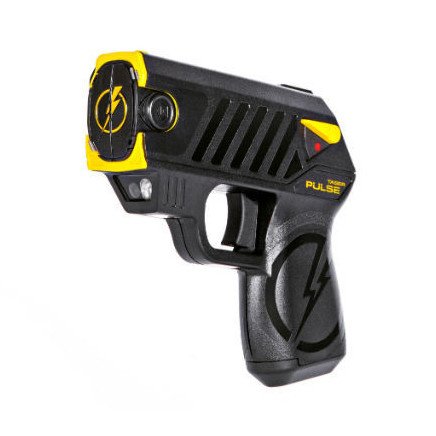 A recent SJC decision is forcing the legislature to replace the current ban on stun guns. We were prepared when the new decision came down.

Current Massachusetts law prohibits the use of electrical weapons:

However, on further appeal, in a very interesting example of the idea that old constitutional principles apply to new technologies, the Supreme Court of the United States overturned that decision. The U.S. court criticized our court’s decision saying:

. . . the [Massachusetts] court explained that stun guns are not protected because they “were not in common use at the time of the Second Amendment’s enactment.” . . . This is inconsistent with Heller’s [a previous U.S. case] clear statement that the Second Amendment “extends . . . to . . . arms . . . that were not in existence at the time of the founding.”

After reviewing this guidance from the U.S. Supreme Court, our Supreme Judicial Court recently issued an opinion finding our stun gun ban unconstitutional.

This result was inevitable in light of the Supreme Court’s unanimous opinion and we have been expecting it. Last year, I filed a bill that would repeal the ban and regulate stun guns as firearms.

Over the past year, we’ve been consulting with advocates of gun control as well as with gun owner advocates to refine our new approach. Some made the objection that many of the safety regulations applicable to firearms do not really make sense as to stun guns. For example, our laws state that a firearm cannot be sold in the Commonwealth if it:

This language is, of course, intended to protect consumers from explosions — explosions are not a risk for stun guns.

Another important point is that there are really two different kinds of electrical weapons on the market today. True stun guns are sort of like cattle prods — you touch them to someone and cause pain. By contrast, Tasers shoot darts that can discharge current into somebody who is many feet away. Both tend to be referred to as “stun guns” and are readily available online, but tasers are a much more dangerous weapon.

We concluded that treating all electrical weapons as firearms was too simple. We settled on the following alternative: We will simply require that to purchase a taser, one should have a license to carry firearms. To purchase a stun gun, one should have a firearms ID card. Licenses to carry can only be obtained after a discretionary review by police chiefs. The FID card is readily obtainable for anyone who can pass a background check. (More on gun law basics at this link.)

The Joint Committee on Public Safety considered several bills this session that would establish new regulations for these devices. On April 13, the Committee favorably reported a redrafted version of S.1283 an Act relative to electrical defensive devices, filed by Senator William Brownsberger. The legislation incorporates regulation of electronic weapons into the existing firearm statute, providing necessary oversight that is in line with the SJC decision.

Following the SJC decision, the legislature must act quickly to enact new regulations to promote public safety. S.1283 offers the Senate an important opportunity to continue this discussion and I hope that the bill will advance through the legislative process in a timely fashion.

I look forward to working Senator Moore to get the replacement for the ban implemented swiftly. The Supreme Judicial Court stayed the effect of its decision for 60 days, until June 16, but in truth, the ban is already unenforceable.

It’s always hard to gauge overall sentiment reading through comments — sometimes a particular group is especially vocal.  I got some initial negative comments on this piece that surprised me, so I did a poll of people on my mailing list.

The email I sent read as follows:

As a result of court decisions striking down our ban on stun guns, stun guns will be unregulated in Massachusetts unless the legislature acts to create a licensing scheme.

Please click the statement that best summarizes your views:

I feel that stun guns should be available to adults without any background checking or licensing.

I feel that there should be some degree of background checking and required licensing for stun guns.

You’ll have the opportunity to elaborate your views by commenting at the link you get to by responding. If you feel that neither option is close to your views, you can go directly to comment here [link to this post].

Of 723 who responded within 48 hours, the sentiment was overwhelmingly in favor of regulation:

I also ran the same poll on facebook and got a similar result 83% for and 17% against (only 54 responding).

I took the position outlined in this piece without doing any polling, but I’m pleased to find that my constituents generally agree with it.

Thanks to all who have commented here. I respect the varying perspectives.

I am grateful for the dialog.  I will move forward in the process better informed as a result.

Some responses and reflections:

Please see this Massachusetts post which explains the greater flexibility that comes with an LTC.

shall issue [an FID card] if it appears that the applicant is not a prohibited person.

The qualification to this that came out of our 2014 reform was that a police chief can petition a court for the right to deny an FID card.

More on FID’s and LTC’s as affected by our 2014 changes here.